The 50th Anniversary of WWII Commemorative Medal was designed to be given to all veterans of WWII. Although this medal is the "Official 50th Anniversary Commemorative", it is not a Federal Medal. Many veteran groups awarded this medal, including Russian Veterans Groups and numerous US Veteran Groups. At an event called "Hollywood At War", this medal was presented to Gene Autry, Charlton Heston, Ann Miller, Douglas Fairbanks Jr, and four members of the Glen Miller Band. The medal was also presented to Bob Hope at a special ceremony at his home in Teluca Lake, California. 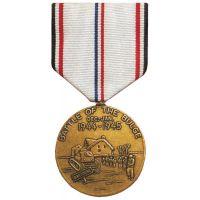 This medal was designed to honor the brave veterans that fought in this fierce battle. It took place.. 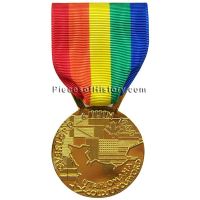 The French Normandy medal is the official French medal that was given to Veterans that returned to N.. 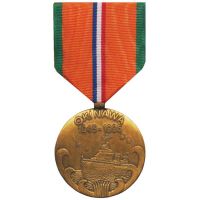 The D-Day medal commemorates the largest invasion the world has ever known. The massive operation th..